In 2008, Violinist, Alice Joy Lewis was awarded the Lifetime Achievement Award – the highest recognition given by the Kansas Chapter of the American String Teachers’ Association.  Mrs. Lewis was the recipient of the 2007 Kansas Governor’s Arts Award for Arts Educator.  She founded the Ottawa Suzuki Strings in 1966.  In addition to administrating the program, Mrs. Lewis teaches violin and viola lessons, ensembles, group classes, and directs performances.  Students in the year round program come to Ottawa from seventeen different communities.  Under Mrs. Lewis’ direction, the Ottawa Suzuki Strings have recorded four CD’s, and toured in England, Ireland, Puerto Rico, Australia, and the United States, including a performance at the United Nations.  In 1991, Ottawa Suzuki Strings musicians were named Kansas Ambassadors by Kansas Governor Joan Finney.

Alice Joy Lewis has dedicated her life to teaching and is recipient of the Excellence in Teaching Award presented by the Suzuki Association of the Americas (SAA) in 1996.  In North America, her teaching and lecturing activities have taken her to numerous locations in Canada and across the United States from Alaska to Hawaii and coast to coast.  Mrs. Lewis is a registered Teacher Trainer for the Suzuki Association of the Americas, having taught close to 600 five-day Teacher Development courses.  Well over 1,000 teachers have studied Suzuki pedagogy with her.  Mrs. Lewis has taught at Suzuki World Conventions in Dublin, Ireland; Matsumoto, Japan; and Adelaide, Australia.  Additionally, Alice Joy Lewis has served on the SAA Board of Directors and on the SAA Teacher Development and Institute Committees. Mrs. Lewis is currently a Suzuki Teacher Trainer for Asia.

She was the featured keynote speaker at the Association’s Seventh National Conference, and at the Twelfth National Conference in May, 2006.  The 2006 keynote address launched SAA’s ongoing Suzuki Heritage Project.  Mrs. Lewis studied with Shinichi Suzuki in Matsumoto, Japan in 1974 and 1979 and her personal experiences with Dr. Suzuki, now preserved by SAA on DVD, will be a major contribution to the Heritage Project.

Lessons and ECE in Ottawa, KS

Ms. Star has taught at Suzuki workshops/institutes across the US. From 1979-2004, Shirley taught Suzuki violin, viola, and ECE at Parker Music Academy (Houston ISD), worked with Texas student orchestras, maintained a private studio, and performed as a freelance violinist. She directed the US Olympic Festival Fiddlers for the 1986 US Olympic Festival Opening Ceremonies and has chaired several regional/national fiddling competitions. She was SAA Conference SECE Assistant Coordinator (2008), Coordinator (2010), and Presenter (2012, 2014, 2016, 2018). 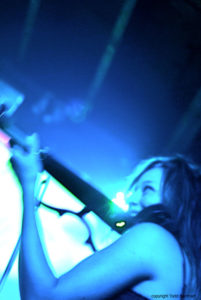 Lessons and ECE in Kansas City and Ottawa

Violinist Madison DeCamp has been performing since the age of nine. She began her studies at the University of Missouri-Kansas City Conservatory of Music under Nancy Weatherly. At the age of 8 she began studying under Alice Joy Lewis, director of Ottawa Suzuki Strings. Ms. DeCamp also studied with Brian Lewis, who holds the David and Mary Winton Green Chair in String Performance and Pedagogy at the University of Texas at Austin School of Music, and is the Artistic Director of the Starling‐DeLay Symposium on Violin Studies at the Juilliard School in New York City. She has worked with David Updegraff, Scot Conklin, Michael McLean, and others.

Ms. DeCamp was a member of the New England Youth Ensemble, performing with them regularly in Carnegie Hall and touring internationally. She has performed with the Trans-Siberian Orchestra, Michael Bublé, and the Windborne Symphony. With a wide variety of musical interests, Ms. DeCamp enjoys playing her electric violin across many genres.

Lavenna Boyer graduated from Westmar College in LeMars, Iowa, with a Bachelor’s Degree in Music Education in 1966. During her collegiate years she played in the Sioux City Symphony and in a faculty string quartet. Since then she has played in orchestras in Interlochen, Michigan; a Tri-Cities orchestra in the state of Washington; Pittsburgh, Pennsylvania; Wichita and Ottawa, Kansas. She has done some graduate work at Kansas State University, the University of Washington, the University of Pennsylvania, and Friends University in Wichita.

Most of her adult life, she has taught elementary and/or junior high vocal, band, or orchestra, either on a full-time basis or as a substitute teacher in the public schools, while also giving private lessons in violin, viola, and piano. She has also worked with children and adult choirs in the churches she has attended. Her Suzuki Teacher Training has been with Judy Weigart-Bossuat, Alice Joy Lewis, Nancy Lokken, and Craig Timmerman. Lavenna and her husband lived in England in 1992 and 1993 where she played in a string quartet, and they were able to visit with the Ottawa Suzuki Strings group during their rehearsals in London. They presently live in Lawrence, Kansas.

Lavenna’s husband, Gary, is retired Chief Administrative Officer at Wolf Creek Nuclear Operation Corporation. Their daughter, Annas, who plays flute, and their son, Kenneth, who played trombone through high school are married and living in Lawrence, Kansas, and Boston, Massachusetts, respectively. The Boyers’ granddaughter and grandson study violin and cello in the Ottawa Suzuki Strings program.

Andrea is a cellist and Suzuki trained teacher with degrees in performance from Indiana University and Cleveland Institute of Music. Her favorite and most influential teachers have been Nathaniel Rosen, for whom she was teaching assistant, and Janos Starker. Over the years she has enjoyed a variety of musical activities ranging from playing with The Who, LedZeppelin and Johnny Mathis to touring Europe with the Schleswig Holstein Musik Festival Orchestra and the Robert Shaw Institute in Souillac, France.

Mrs. Kelley completed Suzuki teacher training, books 1 through 10, in Chicago, IL and Ottawa, KS. She founded and directs the Jack and Jill Strings which performs yearly at the Martin Luther King Jr. Memorial Community Program in Johnson County. A member of the Suzuki Association of the Americas and past Secretary of the Heart of America Suzuki Association, Mrs. Kelley is a frequent adjudicator of solo and ensemble competitions and clinician at local schools and youth symphonies. She teaches at Ottawa Suzuki Strings in Ottawa, KS and at her home in Lenexa, KS. Andrea is a Suzuki parent to two, a violinist and a cellist.

“Andrea’s students play well, with attention to excellent intonation, attention to detail, and development of technique that is always in service to the music. The results of her work with the students speak volumes as to the quality of her teaching. I highly recommend her as a fine cello teacher for all ages, from very young through adult!” Alice Joy Lewis, Violinist and Director, Ottawa Suzuki Strings

“When my son first started with Miss Andrea, there was an instant connection and mutual respect between them. She is very nurturing and his learning thrives under her guidance.”

“Andrea is not only a great cellist, she is also an insightful teacher. She has helped my daughter realize her potential by being challenging yet supportive. She is a music educator that really cares about getting to know my child as an individual in addition to helping her become the best musician she can be.”